Close X
OZ - With a Wizard and 3 Kings 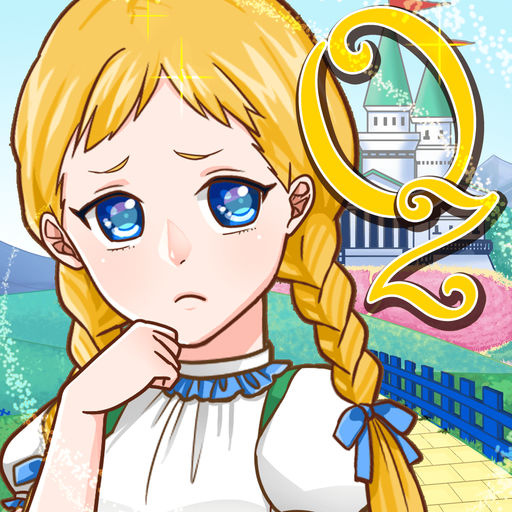 
Dorothy and Toto who were blown off with their house by tornedo The ones they bumped into there were..very unique fellows! ◆◇Overview◇◆ Do you remember the story of Oz? "I heard of it but.." "I can't remember exact story" "I'm not sure" We assume there are a lot of people like that! It is a gentle story that Mr. Lyman Frank Baum, an American father who grew up reading Grimm and Andersen, was reading to his children. A masterpiece called The Return of Alice in Wonderland You should definitely know! Those who know this story for the first time or forgot, Why not just enjoy the story on the app for nice and simple way? Another story was added on top of the world of Oz Jump into the exciting adventure world that you might know or you might not! --Opening--------------------- Dorothy was living in her uncle's small house in large plain. Well, it's burned in the sun. and its soil cracked, and even grass discolored with sunlight and turned into gray. The painted walls and roofs, A lady who used to be beautiful, those also turned into gray with dried wind and sun. The uncle was tasteless in the first place,and he was always in gray. But Dorothy had Toto. He was a black puppy with a glossy nose and eyes. One day, a tornedo came out. When Dorothy caught Toto and brought him into the house, The tornedo winded up the house,lifted it up,and blew it up in the end. The house was blown off by the wind for many kilos. A strong impact made her up. She opened the door vigorously,and cheered. There was fresh green lawns, Great and respectable trees, and various flowers Beautiful rural landscape was spreading as it was shining. ------------------------------ ◆◇This is recommended to those who◇◆ ・likes myths ・likes fairy tails ・doesn't have time but wants to play games ・wants to do simple and easy games ・likes Japanese games ◆◇This app is translated in◇◆ ・Japanese ・English ・Traditional Chinese ・Simplified Chinese Tap the icon in the lower right corner of the title screen "Touch to Start" to set the language.
Claim this app

Claim ownership of OZ - With a Wizard and 3 Kings now to connect this app to others and join networking groups. You need to have the authority to claim this app on behalf of its publisher Reiko Murakami.