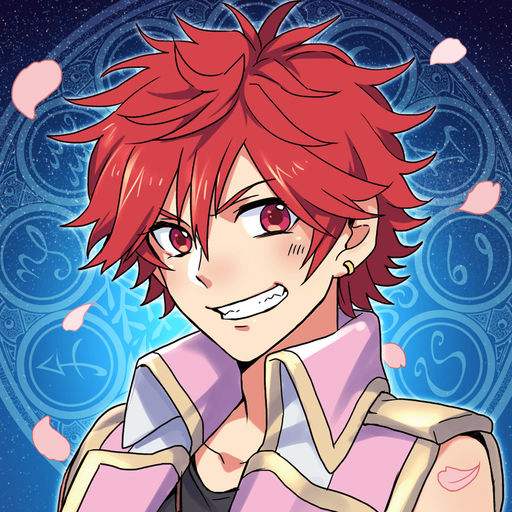 
You encountered mysterious guys in the fortune-teller house? What is destiny between the unlucky heroine and handsome guys? What is your fortune today? Love simulation app of the horoscope! ◆Seika Tegawa A heroine of the story. She is a Japanese girl who doesn't have good luck. She cannot say NO to the others. ◆Hokuto An idol before making his debut. He is friendly. He has many siblings. Without him wanting, his sister decided everything for him, being an idol and his part-time job. ◆Ginga His dream is to become an actor. Although he's quiet, he speaks in his head with many words. ◆Sirius His dream is to become a model. He doesn’t look Japanese but he can speak fluent Japanese. He is a mysterious guy. No one knows his real name. ◆opening◆ A long shadow was following me gloomily. Soon after I left the station gate, someone handed me a leaflet. I followed the text without saying anything. - Open Madame Horoscope Fortune Teller’s House - Wow, sounds shady... “No, thank you. I don’t believe in such a thing.” I wanted to say this but... I, Seika, cannot say NO to the others. I froze in front of the leaflet wondering what to do. “This is a part-time job offer.” Oh? ◆story◆ I lost my part-time job, my wallet and ID cards in one day. I had no choice. I started working in the Fortune Teller’s House. There were 3 other employees. One of them was Hokuto. He is friendly and talks to me nicely. “Today’s best horoscope is Cancer.” With Madame’s order, 3 men were wearing horoscope costumes. One day, one of the men was holding real scissors for Cancer. It was quite dangerous. “I used to cut my brother’s hair. I’m actually good at cutting!” ◆◆◆◆◆◆◆
Claim this app

Claim ownership of Horoscope of Destiny now to connect this app to others and join networking groups. You need to have the authority to claim this app on behalf of its publisher Reiko Murakami.